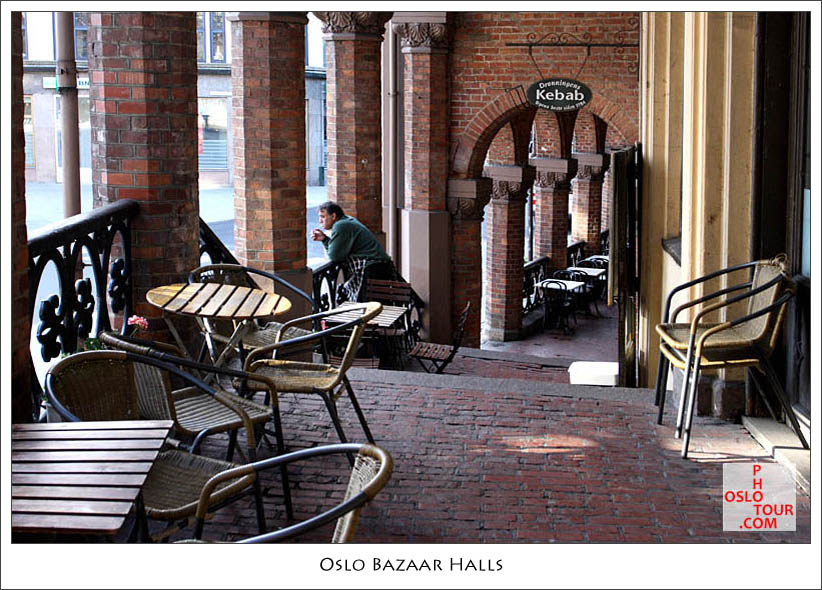 The halls (Dronningens gate 27) were built 1840 – 59 to improve conditions for a food sales. The architect of the project was Christian Henrik Grosch. Bazaar has repeatedly been threatened with demolition. First time it happened in 1901, when one would construct a new stock exchange building on the site. Collapsing of a real estate market and bad economical situation stopped plans. In the 1930s new reasons for demolition laid down: increased traffic required street extension, and in addition, it should be planted a park. World War II saved the building. After peace came in 1945 municipal authorities got better ideas, and in 1949 the City Council repealed its 12 year old demolition decision. In 1960 the old market was renovated.