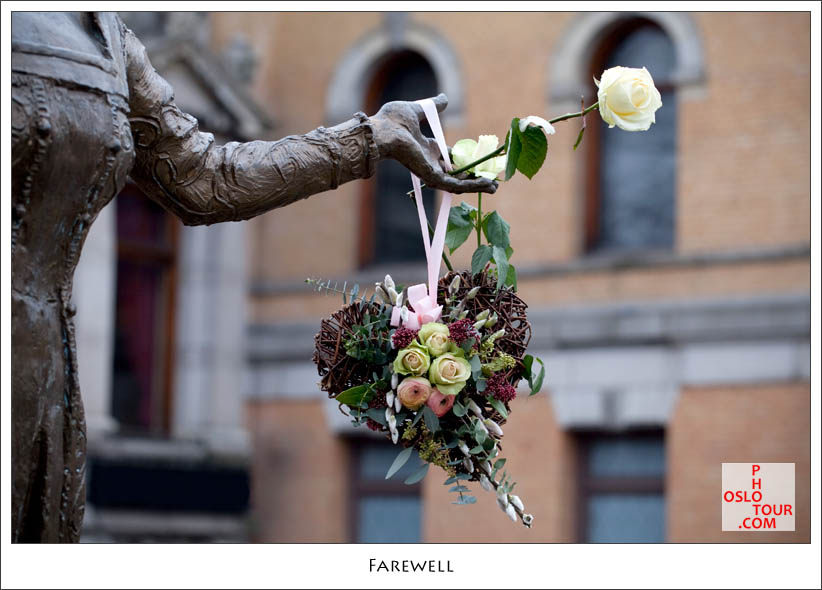 Only few are honored to be set in stone during lifetime. Moreover in Oslo, where monuments dedicated to women are even more seldom, the monument of Wenche Foss 1917-2011 highlights great love and recognition she earned being actress and public figure.

Since her debut in 1935, Foss had acted in many theater, film and television productions. She also was a major figure in the Scandinavian country’s social circles and championed various causes, including promoting cancer awareness and helping disable children.

In 2007, for Wenches’s 90 anniversary ,  Queen Sonja of Norway unveiled statue of Foss outside Norway’s National Theater.

About photo: statue of Wenche Foss during mourning period. She died on 28th of March 2011 in age 93.