End of an Era

New Year celebration 2014 is on its way and along with it the closing of the pharmacy “Svane apotek” (English–Swan pharmacy). 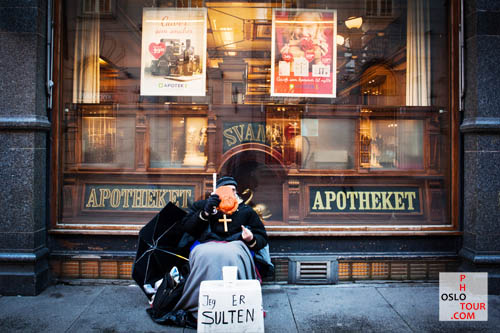 This unique enterprise has been opened in 1628. It is not only the oldest pharmacy, but also the oldest enterprise in the city. It’s hard to believe, but the pharmacy was built during the reign of Christian IV, the Danish king, who got Oslo transferred next to the castle’s walls. Unfortunately, the witness of many sieges, Danish and Swedish reigns and the celebration of the first anniversary of independence, did not get through the exam of the 21 century and is about to be closed due to the economical reasons.
The antique pharmacy will be replaced by yet another café. No one knows if it will blend with the spirit of the place. Concerned citizens were so shocked with the news, that they organized an initiative group in order to preserve a unique place. It is yet unknown, if they will manage to untwist the flywheel of history for at least 20-50 years more, but hopefully they will.