Everything for the King

Do you know why Oslo guards have such a funny hat and why His Majesty the King’s Guard were nicknamed “the black devils” ?  Short story about Oslo’s changing guards – one of the most popular tourist attractions.

The first Norwegian unit of the royal guard of Sweden and Norway were a 38-man strong squadron of despatch riders with its main function – to go as messengers between Stockholm and Christiania. King Oscar I (1799 – 1859) decided to upgrade establish a Royal Norwegian guard to underline his position as monarch of both Sweden and Norway. In addition to initial 38 men, 100 Norwegians were recruited and trained during the first half of 1856. The enlarged unit arrived to Stockholm on November 1st – the date on which the regiment’s formation is commemorated each year. Thus 1856 is a beginning of His Majesty the King’s Guard as one knows today. 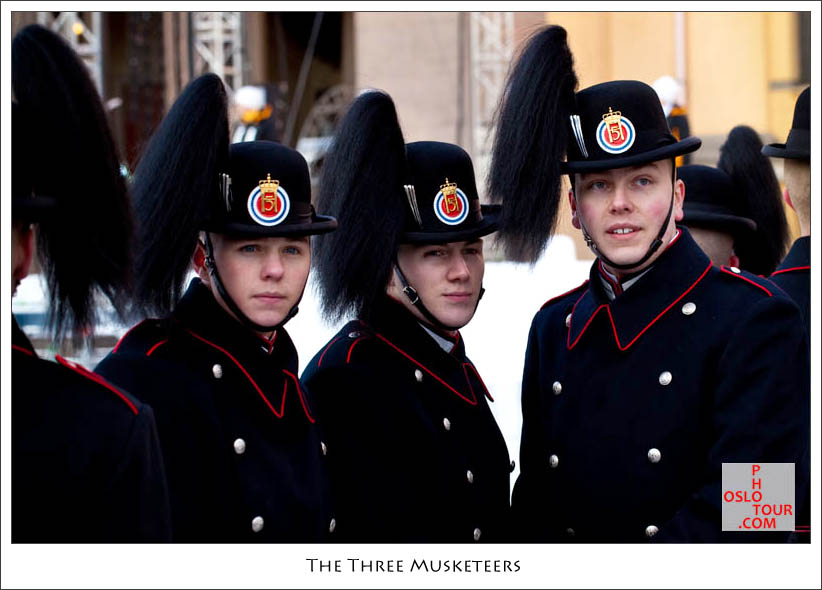 Due to political tensions between two countries, the unit was relocated to Norway in 1888, where it continued ceremonial duties whenever the King was in residence. The same period the Royal Guards were used as a testing unit, for example experimenting with winter warfare procedures and equipment. In 1905 Norway is free from the Swedish-Norwegian union and becoming an independent kingdom. With the newly installed king Haakon VII of Norway, The King’s Guard acquired several new responsibilities, what led to enlargement of the unit to battalion strength. The battalion served with distinction during the Second World War, where it prevented the Wehrmacht from capturing the Royal Family and the Cabinet in April 1940. During the campaign in central Norway they were known among the German soldiers who fought them as “die schwarzen teufel” or “the black devils”, due to their ferocity and dark uniforms.

The Guard’s dark blue uniform has remained virtually unchanged throughout the regiment’s existence, what means more than 150 years!  One noteworthy detail of the uniform is the plumed bowler hat, which was copied from the Italian Bersaglieri alpine troops – a regiment that so impressed the queen Louise (Queen of Sweden and Norway 1859 – 1870) that she in 1860 insisted the Norwegian guards be similarly attired. 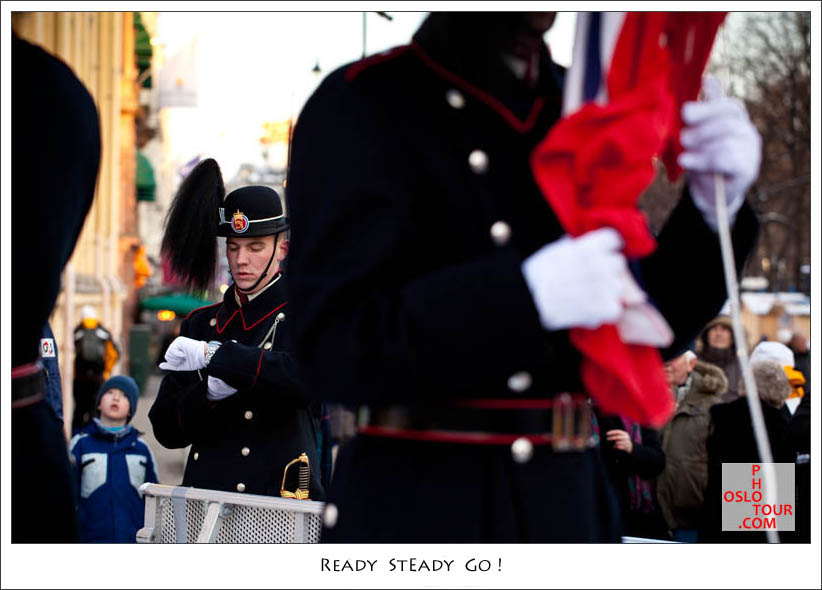 In addition to their regular guard duty, the King’s Guard are also on parade whenever important state events take place in Oslo. For example, the annual opening of parliament by His Majesty the King which take place on the second weekday of October, visits by foreign heads of state, or celebrations of major events in the history of the Norwegian nation. The King’s Guard contributes to the civilian community through its support of the hugely popular annual Holmenkollen Ski Festival, a week of skiing competitions in Oslo’s Holmenkollen arena. 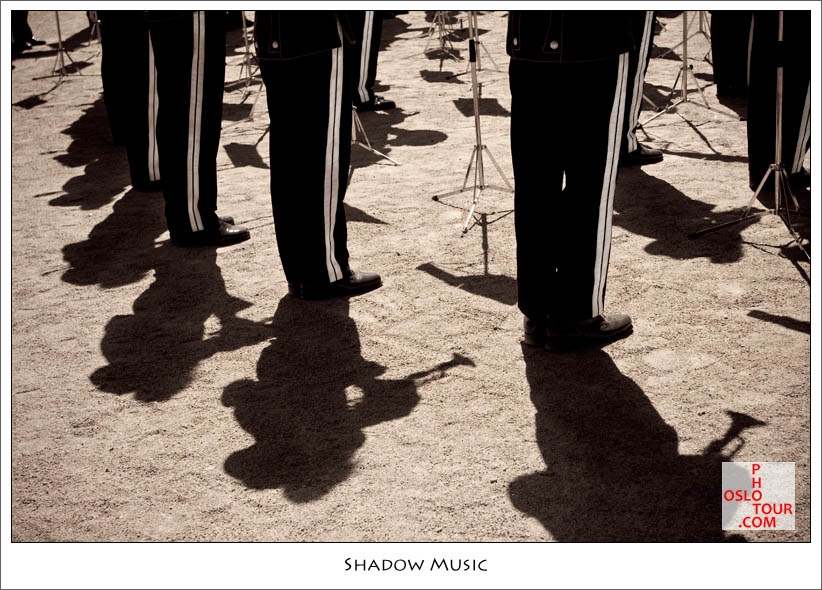 Special mention should be made of the regiment’s display unit, the band and drill platoon. A new band and drill platoon is recruited to the King’s Guard each year, with the best available musicians arriving from Norway’s huge number of school bands. The band and drill platoon are trained to perfection, and regularly represent Norway abroad. Among other places, they have performed several times at the prestigious Edinburgh Military Tattoo, outside Napoleon’s tomb at Les Invalides in Paris, as well as the Grand Place in Brussels.

Little tip from Oslophototour: One of the most photogenic and attractive events in Oslo is changing guards. The ceremony takes place at 1:30 pm daily in front of Royal Palace and in Akershus fortress. Don’t miss it !