Deportation by Norwegian police their fellow citizens to the “Death Camps”

Last week the head of Norwegian police on behalf of his department apologized for the participation in deportation of Norwegian Jews to Germany in 1942. Edition “Dagavisen” reported that Director of the police Odd Reidar Humlegård declared to journalists, that he regreted about what had happened.

At the same day on November the 26th a memorial ceremony devoted to the 70th anniversary of the deportation took place in the country, in which the Mayor of Oslo Fabian Stang and the Minister of Culture of Norwey Hadia Tajik participated. As it was reported by edition “Aftenposten “, writer Jan Erik Vold earlier had demanded an answer from Norwegian police about its collaboration with Nazis during the World War II. 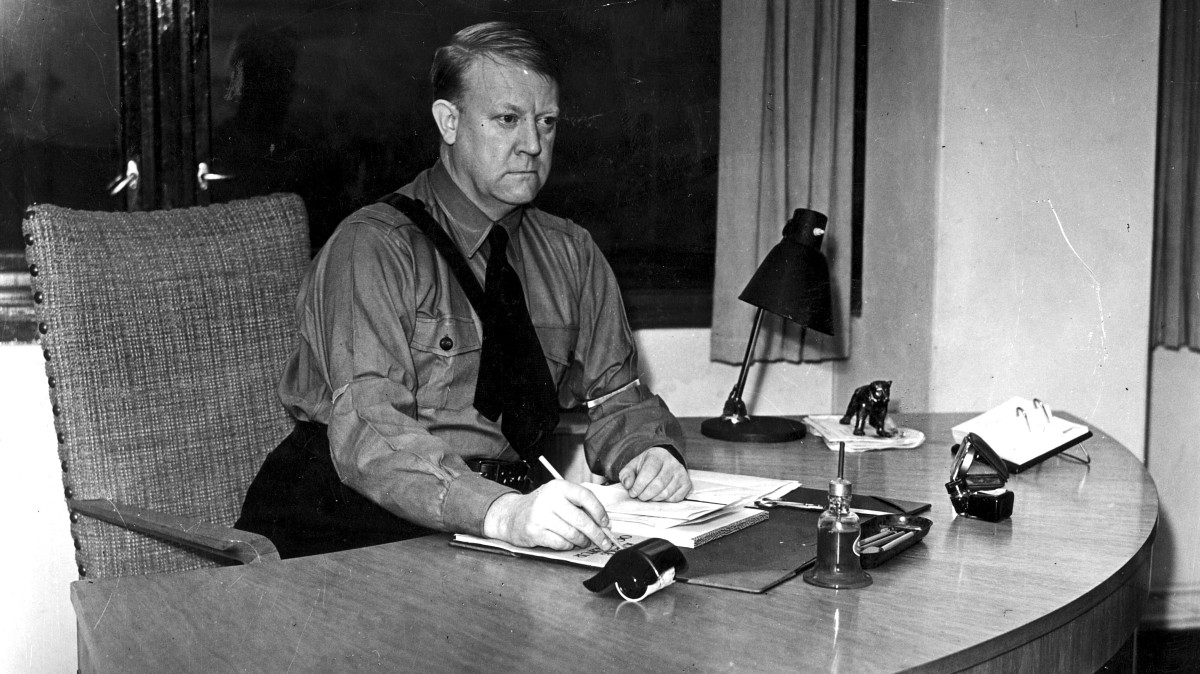 More slightly earlier, at the beginning of the year Prime-Minister of the Kingdom Jens Stoltenberg acknowledged the fact that Norwegian citizens took part in arrests and deportations during the years of the World War II. Neutrality didn`t help Norwegians to avoid the Nazi`s occupation which began in 1940. Collaborationist regime under the lead of Vidkun Quisling also called “NS-regimet” (from its name connected with the name of Quisling`s Nazis party Nasjonal Samling, engl. National Unity) was established in the country.

In spite of the fact that the Government and the King left the country and headed Norwegian “Resistance” (Hjemmefronten) being in Great Britain, the period became not the most heroic page of Norwegian history because Quisling and his supporters were not foreigners. Feats of collaborationists are recalled unwillingly in Norway. On the Russian site “Norway. The official site in Russia”, administrated by the Foreign Ministry of Kingdom it`s told about the period of occupation just in three paragraphs and there`s no single word about the events of 1942.

Meanwhile they were Norwegians who performed the deportation. In the autumn of 1942 “Donau” vessel commonly used for carrying Reich armed forces and transit of cargoes accepted Norwegian Jews aboard. Concentration camps located in the territory of Germany and Poland became their destination. On November the 24th occupational authorities of Norway adopted an order according to which all Jewish women and children were to be deported (all men to that time had been already arrested). In a day, on November the 26th at 5 o`clock in the morning the order was fulfilled. As “Dagavisen” writes that morning there were unusually many taxis in which the arrested were carried away from home forever. People were arrested with a help of lists made in advance and Nazis didn`t feel themselves lazy to take old people from nursing homes and hospitals.

In the whole there were 532 fugitives aboard “Donau”, 42 of them were children and the youngest of them was just four months old. (During the years of the World War II 771 Jews from Norway were sent to the concentration camps and only 34 of them survived).
Quisling`s collaborationist regime aspired to demonstrate to its German “curators” the effectiveness of its police apparatus, that`s why all forces of the local police (about three hundred men)were thrown for carrying out of the operation. The State Police (Statspolitiet) performed the main role during the deportation, together with which that early morning private policemen and the representatives of militant units of Hitler`s NSDAP-SS participated in the search of planned victims.

At the same time part of Norwegian policemen appeared real courage and together with members of Norwegian “Resistance” tried to warn women and children about the coming trouble. Thanks to this some of victims were able to disappear and then to escape to neutral Sweden. In connection with Humlegård`s apologies journalists appealed to the only victim of the events of 1942 who`s still alive. 70 years ago 19 year old Samuel Steinmann was a gymnasium pupil. Steinmann turned to be the only Norwegian to survive in Auschwitz (Oswiecim) camp.

Samuel Steinmann told to the edition “Dagavisen” that two employees of the State Police dressed in civil clothes arrested him. Together with the arrested they went by tram to the centre of Oslo where the boarding on the ship was going. Steinmann remembers that at the moment one question disturbed him: who were the men to arrest him.

The willing of Norwegian authorities not to accent attention on the dark pages of the history of the country is understandable. Public self-flagellation always carries a risk to undermine the reputation of the state or ruling party. In Sweden for example the promulgated information about violent sterilizations of “defective citizens” having been carried out through tens of years stroke a serious blow to the image of Social-Democrat Labor Party. Even more the unduly zealous search of “skeletons in the case” can at the end of all lead to what has happened with the “reconstruction” USSR (the USSR during the time of so-called “Perestroyka”, engl. Reconstruction), to the state crash.

It can`t call no surprise that mass deportation by Norwegians of their fellow citizens to the “death camps” is still not accused by Europe. After all in the last years single countries of the European Union (especially those to come from the USSR) regularly urge Russia to confess in all conceivable and inconceivable sins. Mostly those countries urge Russians to confess whose citizens dressed in Nazi`s uniform occupied themselves (in larger scales) with the same the Quisling`s people did. Thus demanding “new Nurnberg” for Russia. I don`t know why the West never asked Norway about the details of the “puppet state” of Norwegian fuehrer Vikund Quisling.

About the author. Arkadiy Ryabichenko, younger research associate, the team leader of the research group of Northern European countries “Baltic region” of the Institute of Baltic studies BFU under the name of Kant. Author`s blog – “Europeannorth”.