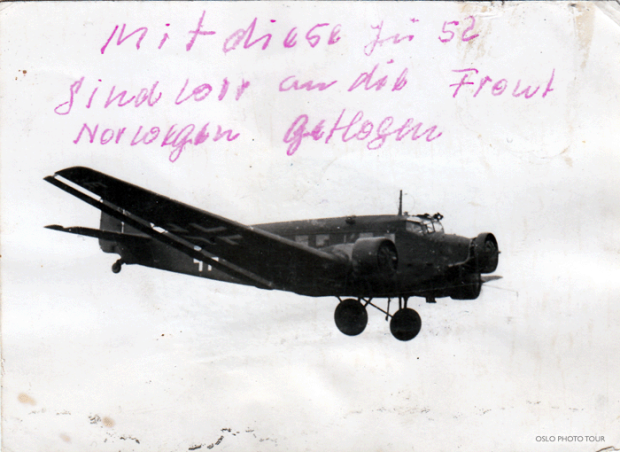 Junkers Ju 52 used to be the Luftwaffe’s workhorse and one of the most popular transport aircraft. Like all airplanes, it also had an unofficial nickname: “Tante Ju” or “Auntie Ju” obtained for its slow-moving. However, it could carry 10-15 people and cargo up to 1000 km away. The ”Operation Weser-Exercise” became the first major military operation for the Ju 52. On April 9, 1940, 500 airplanes of this type were prepared for attacking Denmark and Norway. It is still unknown whether the photographed aircraft had participated in this operation or not, but the picture speaks for itself: ”I came to the Norwegian front on this Ju 52.”