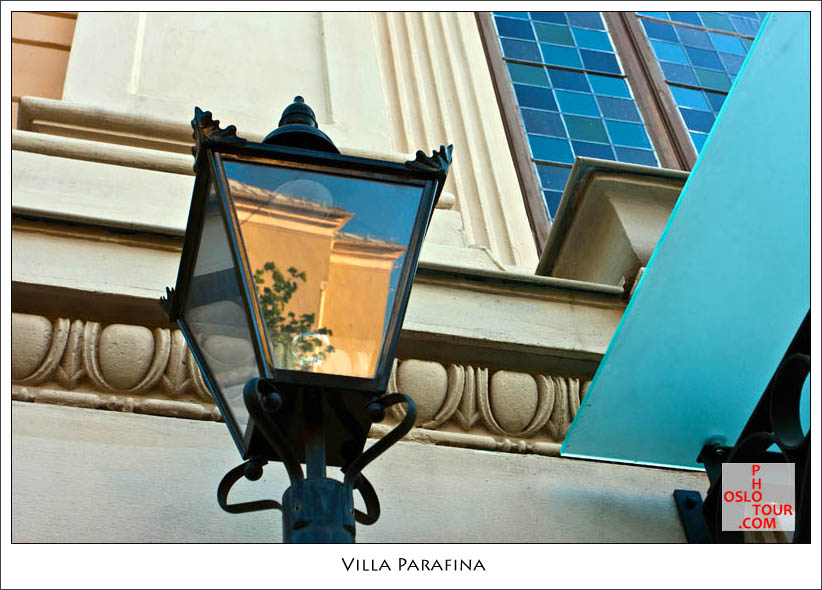 Villa on Parkveien 45 was built for merchant Frederick Sundt in 1877. At that time he was the largest paraffin importer, which was widely used for lighting. Pretty soon, based on Sundt’s business, the house was nicknamed “Villa Parafina”. Frederick Sundt died in 1885 and 11 years later state bought the villa from Sundt’s widow. Royal couple king Haakon VII and queen Maud were arrived to Oslo in 1905. Several days after premier minister was hosting important guests for a dinner in “Villa Parafina”.

From 1908 the house was the residence of the Foreign minister until 1961 when it became the government representation house. Thanks to official use, the house is perfectly preserved. Interior is still decorated with original chandelier from 1800 and furniture made of mahogany, which came from the royal palace.