I met Yair for the first time one Shabbat (the Jewish day of rest). He talked about his family’s story- sort of a history of Israel foundation: from early Zionism and immigration to Palestine until the foundation of the State of Israel. He also told me about his collection of watches. I found his stories so deeply amazing, that decided to pay him a visit at his home. So there I was, in his kitchen, talking about life, checking some pictures and of course, his collection. 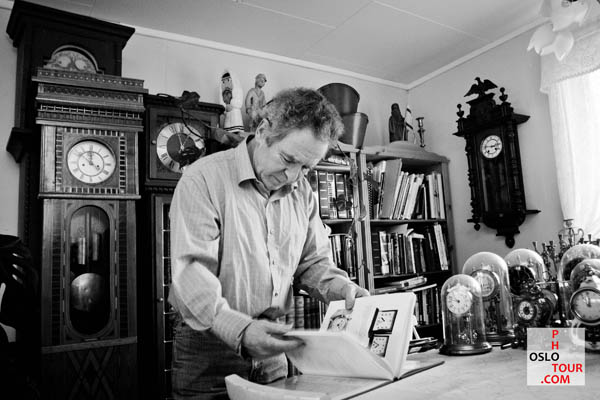 On my mother’s side my grandparents were active Zionist, he said. My grandmother Klara Hirschenzon took part in first Zionist Congress in Bazel in 1897, you can see her on the picture with the delegates. Her brother moved to Israel at age 16 in 1925. I still have his picture, he looks like a Bedouin in his outfit. 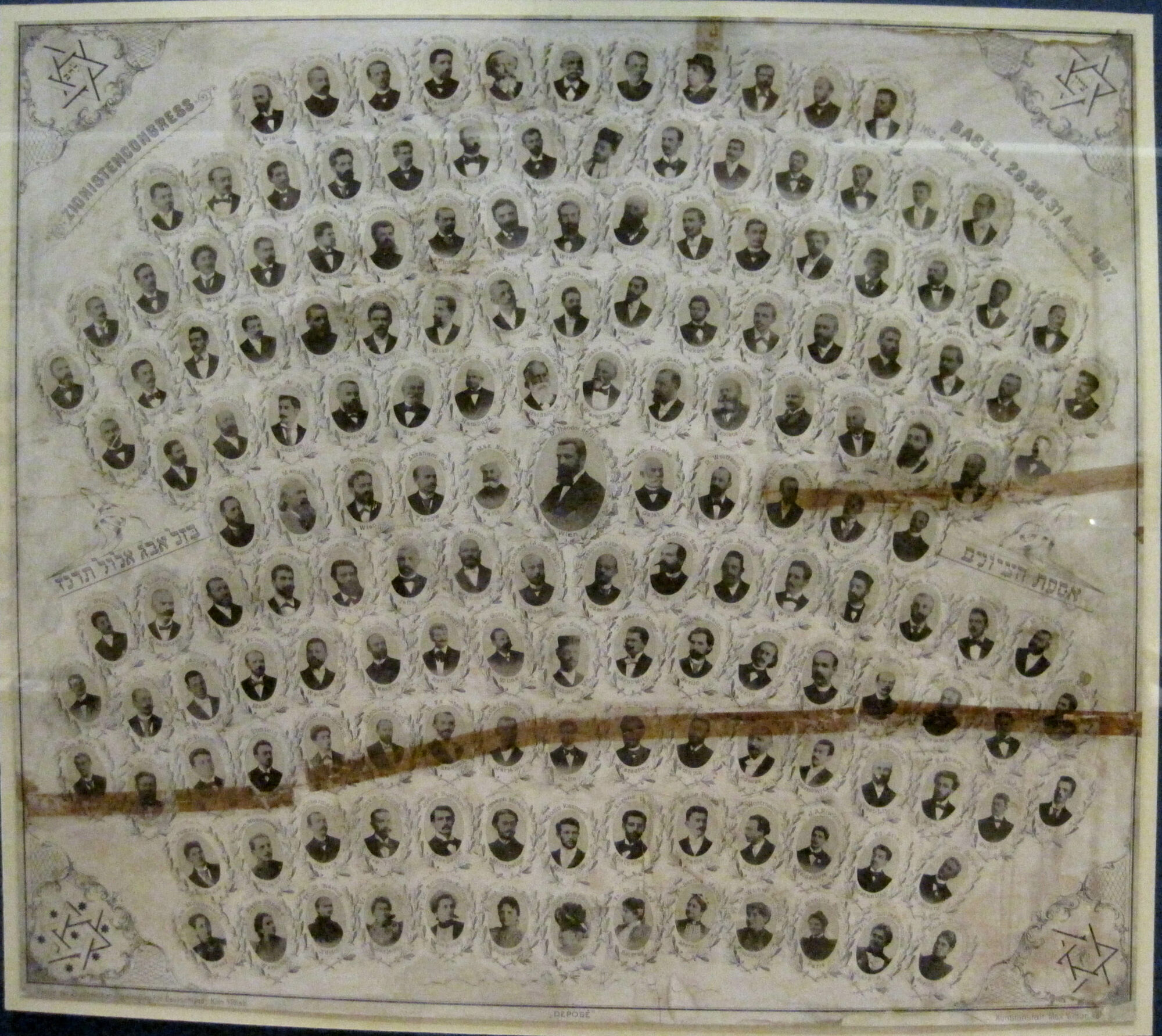 Delegates of the first Zionist congress in Basel. Klara Hirschenzon is first on a left at the bottom row

Quite interestingly, my grandfather was a member of Chabad (a Jewish religious organization). In 1927, during a visit to Israel with my grandmother, they participated at the opening of Jewish University in Jerusalem. Their oldest son was the first to settle in Palestine (as it was called by the British administration until 1948), he was in his late twenties. My mother came in 1930, and in 1931 my grandparents arrived with other 2 children. I still have pictures of their tour from Galați, Romania to Israel via Turkey. 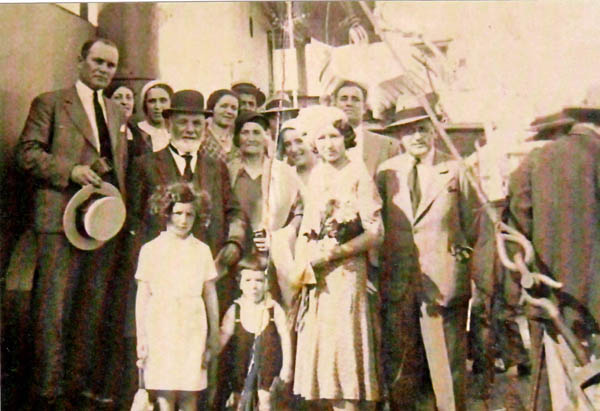 On my father’s side, their reason to come was completely different, they were very religious – grandfather was a rabbi at local community. One of their daughters, who was engaged with the Jew, escaped with the Christian. As far as I know, their parents couldn’t stand the situation and decided to immigrate to Israel. They were working at lumbering. Their daughter stayed in Romania until 1960, when she immigrated as well. I remember it, I was a schoolboy at that time.

There is another interesting story related to my family. My grandfather passed away in 1946 and was buried on the Mount of Olives, Jordan at the time. The wish of my grandmother was to be buried next to her late husband, but with the armistice lines demarcated after the War of Independence in 1948, and until the end of Six Days War in 1967 , it was even impossible to visit his grave. But she over lived more than 20 years and after her death she could be buried as she wanted, next to her husband – my grandfather. Just imagine, if she would have died just a little earlier, they wouldn’t be buried side by side!

I have special feelings for my roots and I always visit cemeteries if one of my relatives is resting there. Once I was in Prague at the time of the opening of a new Kosher restaurant. Everyone was invited for Seudat Shabbat (Saturday meal) for free. While sitting and talking to different people, one woman asked me where I was from, upon realizing I was from Hadera (Israeli city) she replied: you know, my husband was there Mashgiah Kashrut (supervisor of establishments that follow Jewish dietary laws).

– What is your name, she asked me.

– Today Halevi, but before it was Halevi-Heller.

– I remember your mother in downtown in Hadera, close to the central bus station.

– No, it was not my mother it was my grandmother.

Life is so interesting; I met someone who remembered my grandmother, in Prague.

My grandparents from mother’s side were related to Chabad, and from my father’s side, to Orthodox Jews with dark clothing. Once I was looking at my parent’s wedding pictures, it was in Pardess Hanna (Israeli city), but I could not find my grandfather on any picture. His son is getting married and  father (my grandfather) is not there? I don’t know if it is true, but it’s been said that my mother’s family was not religious enough for him. Religious or not, it sounds strange not to be at the wedding.

German was the mother tongue of my other grandmother. I remember she had subscription to “Die Welt” – German newspaper. She spoke French and Russian as well. I don’t know how good her Russian was, but as my uncle, her son, got married around his fifties to a Moroccan woman, my grandma would speak French to her; in Hebrew she could say only “Sheket” which means “be quiet”. Her house was big, as children we played there a lot.

My other grandmother didn’t speak Hebrew either. Although she lived in Hadera, she was more Yerushalmit (from Jerusalem). She escaped Jerusalem in 1948, for some years she lived in Jaffo close to Kikar Sha’on (Clock Tower Square). I remember visiting her and the view from a window with the tower. Later on she moved to Hadera. We developed special ways of communication while playing chess together. She could say a few words in Hebrew, but I don’t know how much she understood. I remember her always with Sidur (prayer book).

In my family, every generation has its own mother tongue. My father – Hungarian, my mother – Romanian, us (children) – Hebrew, my children speak Norwegian and my grandchildren speak English and Italian. For us “Mother tongue” looses its meaning, my mother’s language was not Hebrew. 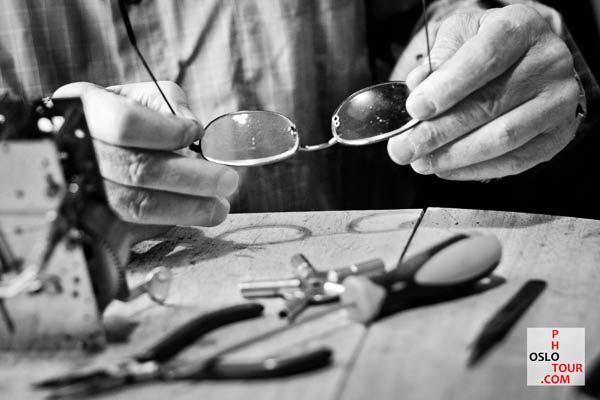 – Did you look for a job in museum?

The only museum where a watchmaker might be needed is the Technical Museum in Oslo. I didn’t try to get a job there. It is run by the Watchmakers Union, in such place I believe no one will look for a watchmaker. Notably, the museum was interested in one of my watches. It was from the German maker Gustav Bekker, who used a Norwegian bell patent for a short while. The patent was not really successful and only a limited number of watches were produced. That makes them rare nowadays.

– Why do you deal with clocks?

It comes from childhood memories. There was a wall clock at my grandparents’ house, which I remember since age of zero, especially the ticking and the sound of the bell. It doesn’t matter how old that clock was or its brand, but these memories have a spiritual connection to my family. I didn’t get that clock, but I do have a pocket watch by Longines, which belonged to my grandfather. 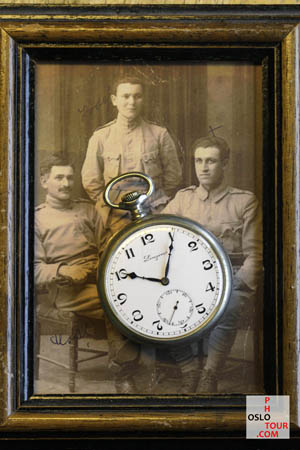 – Why did you decide to start your collection?

I don’t know if it was a real decision, rather a constant interest, year after year, acquiring really nice items. My special interest is in wall, table and floor standing clocks. I find them in flea markets; I have permanent advertisement in a newspaper offering to fix watches. Sometimes people contact me not only to repair them, but to sell them as well.